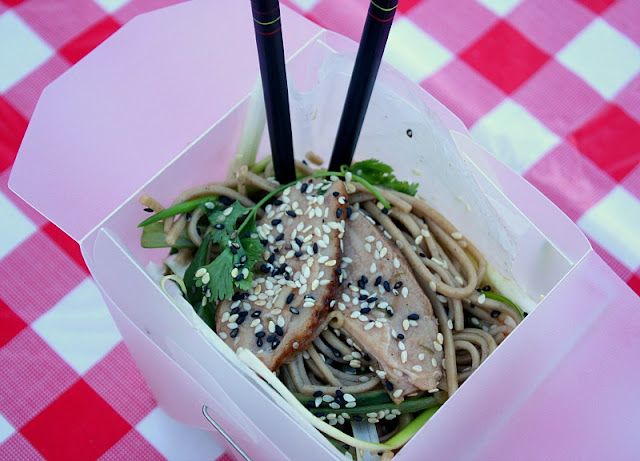 Ever since 'Forever Nigella' was started by Sarah at Maison Cupcakes I have been meaning to participate, yet somehow every month goes by and before I know it the deadline has passed (or is a day away and I'm far too dis-organised to do a post in one day!). I was so upset to miss last month's Icy Treats (I mean come on – as if I need any more excuses to make some ice cream!), so I was determined to participate this month, especially as this months theme hosted by Helen at Fuss Free Flavours is Picnic Pleasure! For those of you that regularly read my blog, you'll know that in July I had a whole host of recipes dedicated entirely to picnics, however there was one other recipe that I had desperately wanted to include but hadn't. So what a perfect opportunity to post it and more so finally be able to be a part of Forever Nigella, especially since the recipe was inspired by none other than Ms Lawson herself!! It was obviously just meant to be. So finally here it is, my first entry into Forever Nigella with my Duck & Soba Noodle Salad! 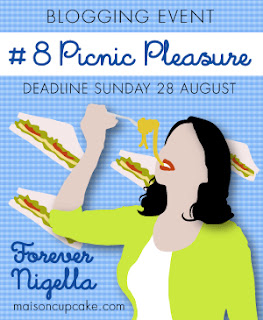 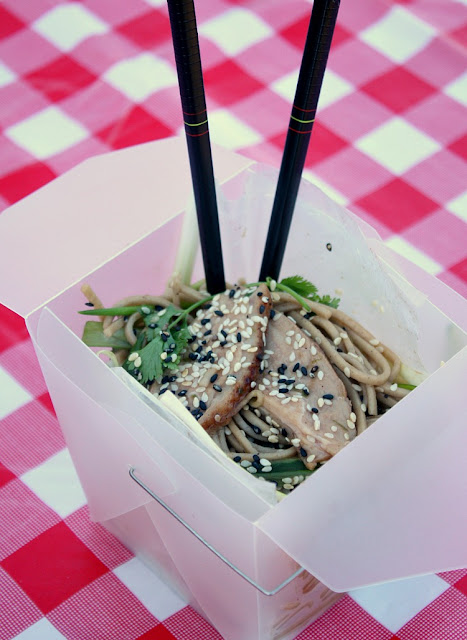 This recipe is adapted from Forever Summer – Soba Noodles with Sesame Seeds, (also available here from her website) which Nigella herself states “.....are the perfect, if unconventional, food to take along for a picnic.” I have changed it to include some pink, seared duck so that it becomes a cross between a noodle salad and hoisin duck pancakes – for me, the perfect combination! And finally instead of serving it in foil containers as Nigella does, I just couldn't resist Chinese boxes.... I'm sure she would approve!

Heat a frying pan until it is hot. Meanwhile score the fat on the duck breasts then sprinkle over a little 5-Spice Powder then the salt and pepper.

Cook the duck skin side down for roughly 5-7 minutes until the skin has turned golden brown. Turn the duck over and cook for roughly 1 minute until it is just seared. Remove the duck from the heat then brush over the hoisin sauce – on both sides. Transfer the duck into the oven (skin side up) and cook for a further 8 minutes. Once ready remove from the oven and allow to cool.

While the duck is cooling, cook the Soba noodles in a large pan of slightly salted water, for roughly .... minutes (check the cooking times on your particular packet). Once tender, drain the noodles and pop them in a bowl of ice cold water – to stop them from cooking any further.

For the dressing mix together the soy sauce with the lime zest and juice, honey, hoisin sauce and sesame oil.

Cut the cucumber in half lengthwise then remove the seeds with a spoon before cutting into long thin shards.

Drain the noodles and pour into a large mixing bowl. Add the shredded spring onions and cucumber. Thinly slice the duck and add to the noodles. Drizzle over the dressing then toss everything together, making sure all the noodles are covered in the delicious dressing. Finish by sprinkling over the sesame seeds and a small amount of coriander leaves. Transfer to serving containers, pop in your hamper and get ready for the best picnic food you've ever had!

*To toast the sesame seeds just pop them into a dry frying pan and cook until they turn golden then remove from the pan and allow them to cool. For an extra final touch, if you can get them sprinkle over some black sesame seeds. 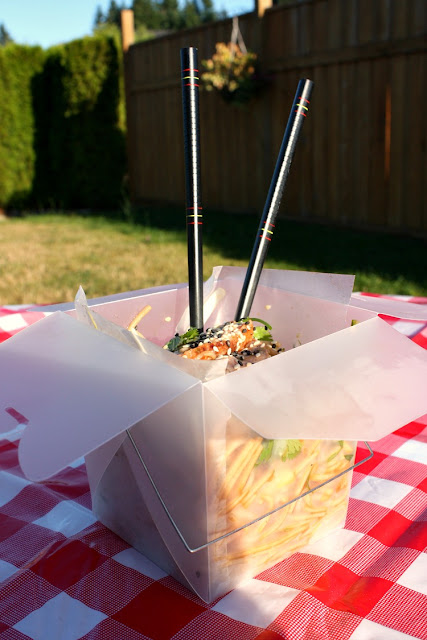 *One Year Ago - Classic Fresh Basil Pesto
**Two Years Ago - Homemade Lemonade
Posted by Unknown at 6:15 AM