So the morning of the big day of the hen party finally arrived and in true British style it was pouring rain. Determined not to be deflated by the weather we wrapped up and made sure everyone had an umbrella! After a quick bite to eat for breakfast the announcement was made that we were going to Drumlanrig Castle for a tour of the property and then off we went in convoy for the 25 minute drive. As soon as we arrived and drove up the drive to the castle the splendour and beauty immediately hit you – despite the rain! It was going to be a good day!


Running ahead, Jude (bridesmaid number 1!) and I went to meet our tour guide who knew exactly what we were planning and the 3 of us took off on a quick run around to plant the clues and treasures! Hayley (bridesmaid number 2!) stayed at the car park waiting for everyone and discretely handed out little cards to each guest and a stamp on their wrist – all without Lauren seeing!


Mum had driven to join us so she had the task of bringing the bride-to-be a little behind the others! Also joining us was my aunty and family friend so we had a great crowd to enjoy the day's activities. With clues planted we were ready to go and let everything begin...I have to admit I was a little nervous as I had put a lot of time and effort into the treasure hunt and so was just keeping my fingers crossed that it would all work out....thankfully it did!

We entered the first room where the tour began, and Shawn our tour guide started his tour. As I looked around the room I saw a few glances from people, perhaps wondering if something else was going to happen, but for the most part everyone was just immersed in the information we were being told. As we finished in that room and were about to make our way into room number 2 Shawn played the role perfectly and suddenly remembered about a gold envelope that had apparently been delivered to the castle that morning...... Addressed to Lauren he asked if such a person was in the group. Immediately her face changed and everyone excitedly wondered what it was, so she carefully (and I think a little nervously!) opened it up to reveal a sealed gold card then read out what it said......

A bride to be and her closest friends,
Planning to have a mellow weekend.
Strawberries and Champagne and some chocolate too,
I sense a sigh of relief from you...

But just when you thought you were safe and sound,
things are about to turn around!

A theme, a game, perhaps a challenge or two,
All specifically aimed at you.
For this is the start of the real weekend where nobody here is really your friend.

With each clue the truth unravels, during which you may end up on some bumpy travels.

Confused? You will be, but don't be scared.....but perhaps remember the motto “Be prepared”.

And now without further ado let's move on to the first clue...
We've kept it simple to ease you in, but to think they will all be like this is a sin!

This one must be answered by only you but should you fail to solve the clue,
you must pick 1 clever friend that you believe will provide the answer in the end.

The only way to solve the answer to the riddle,
is to accept a challenge in the middle.

If you succeed the answer will be revealed, but should you fail it will remain concealed......
~~~~~ 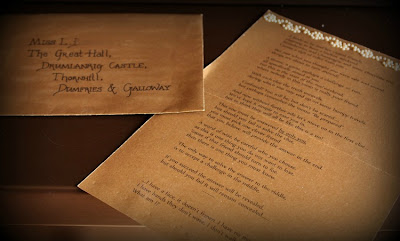 And just like that, the Treasure Hunt had begun......

The tour took us throughout the castle and our tour guide patiently waited as we stalled a little while finding the clues and working them out. Everyone was loving it – it was a hit and a big relief for me!! As the tour concluded so did the first part of the treasure hunt. It was time to head outside into the beautiful grounds….. only problem was it was still pouring with rain!! Since we were running a little later than planned we decided to deviate a little from the original treasure hunt and stop for some lunch which we had brought with us. Initially when planning everything I had imagined us sitting outside in the grounds enjoying our picnic, but it seemed that Mother Nature had other plans. Thankfully though the castle staff continued to be hugely accommodating and let us sit in the covered patio to enjoy our picnic. We were in no rush so we enjoyed the food (complete with glass of sparkly!) and then played a couple of games in true Harry Potter style featuring some rather unappealing jelly bellies!! Then while it continued to POUR and I mean POUR with rain, we did a couple of the challenges which had been designed for the treasure hunt including a Bush tucker Trial with giant toasted edible ants!! And yes it was as bad as it looks and sounds! 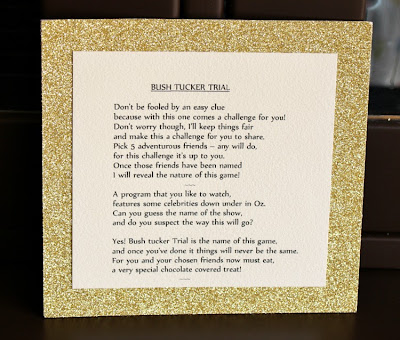 Once lunch and challenges were over we continued on. The remaining clues took us throughout the beautiful grounds of the castle and even into the adventure playground before the last clue took us to the final destination – back to the village where we were staying, although this time to the local pub. Once there the final treasure was found and our beautiful hen became a stunning Harry Potter instead!!
In true Harry Potter magic after finding the final treasure our beautiful bride to be went from this...... 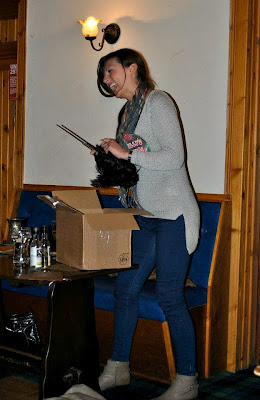 To this........
The treasure hunt worked and everyone had a great time (despite the weather!) but with it concluded what next? Well Harry Potter was the theme of the day so it couldn't just end there....after all there were still all the costumes to come and of course you can't have a Harry Potter day without a Harry Potter themed feast can you?!........
~~~~~

*Unfortunately we were unable to take any photographs inside the castle but made up for it by taking plenty after. 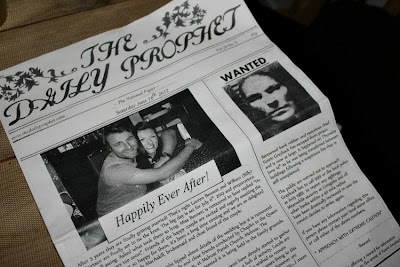 The Beautiful Castle and Grounds.