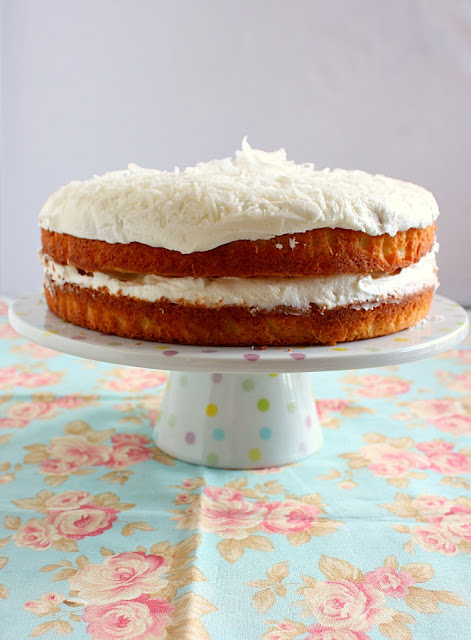 I love the Random Recipes Challenge set to us by the lovely Dom of Belleau Kitchen, however for the past couple of months I have missed the deadlines due to (let's be honest here) too much basking in the wonderful Canadian sun! This month however I was determined to take part especially when it was revealed that this months challenged was teamed up with Tea Time Treats courtesy of Karen from Lavender &Lovage and Kate from What Kate Baked. Not so good for my expanding waist line but a challenge is a challenge and I had to do it after being absent for so long, so like the good girl that I am I headed straight to my baking collection of books. Now the challenge was Tea Time Treats so it seemed only appropriate to pick the book Afternoon Tea Parties by Susannah Blake, since that's as close as you get to any Tea Time Treats! I closed my eyes and randomly flicked through the pages. When I stopped I was extremely happy to discover I had picked her 'Snow-topped Coconut Cake' which was part of the Winter Wonderland tea menu. Since I love coconut and lime I was ecstatic, and after drooling over the accompanying picture for a couple of weeks I finally got round to baking the cake.

Everything started off well. I was a little skeptical about how thick the cake batter was but since as this is Random Recipes I stuck to the recipe and was pretty delighted when 25 minutes later the cakes came out of the oven looking and smelling fantastic! As I let the cakes cool and fill the house with the most amazing scent not just of a freshly baked cake but also of coconut, I set to work on the icing.... and realised I was missing the main ingredient – cream cheese! But since this is random recipes I decided to really mix things up and went straight to my Hummingbird Bakery book and used their recipe for buttercream to which I added the juice of ½ a juicy lime. As it turned out it worked perfectly and when I make this again (cause I most definitely will be!) I will stick to the buttercream icing rather than the cream cheese one. Finished with a sprinkling of coconut the cake not only smelt delicious but was also rather easy on the eyes too....Unfortunately no one was home to admire my creation – hubby was out of town for the night and Wee One was tucked up fast asleep in bed, so I felt it my duty to make myself a cup of tea and sit down and enjoy a slice all to myself! I was kind enough however to save the rest for them although it did cross my mind to hide it and keep it all for myself.....maybe next time!

Put the creamed coconut into a bowl (I had to pop the coconut in the microwave for 10 seconds to soften it slightly, then used the bowl of my KitchenAid mixer) and soften with the back of a wooden spoon. Add the butter and sugar and beat together until pale and fluffy. With the mixer on low add the eggs one at a time until mixed in (you will need to stop and scrape down the sides of the bowl if using a free standing mixer). Sift in the flour then on low speed mix it in until just mixed then add the desiccated/ shredded coconut and the lime. Spoon the cake batter into the prepared tins then level out as best as you can with the back of a large metal spoon. Bake in the oven for 20-25 minutes (23 was the magic number for me), until golden and a skewer comes out clean when inserted into the middle of the cake. Turn the cakes onto a wire rack, remove the parchment paper and leave to cool.

Put one of the cakes onto a serving plate and ice with a little less than half of the icing. Top with the remaining cake and then spread the rest of the icing on top. Sprinkle over the coconut then slice and serve with a cup of tea! 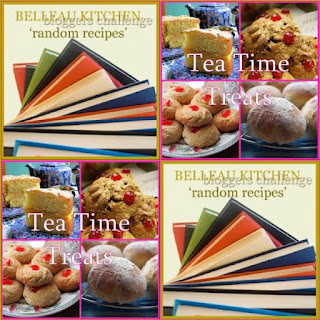