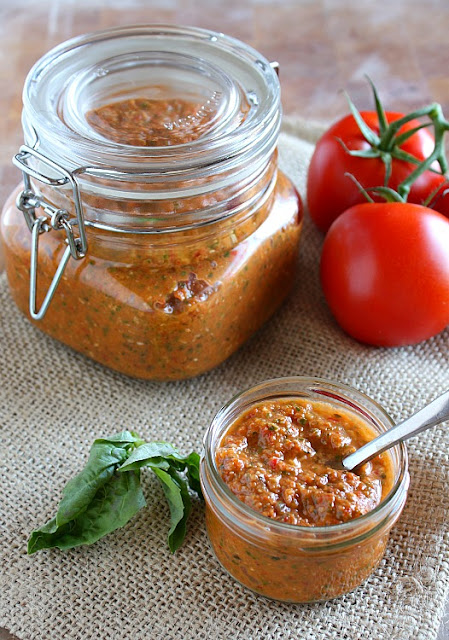 It's hard to believe it but I actually started writing this blog 2 years ago! At the time I had no idea what I was doing, knew pretty much nothing about blogging and was pregnant! Unsurprisingly my blogging slowed down considerably 3 months after I started it and came to a complete stop when my beautiful little boy was born! Seven months later I got back into it and I'm delighted that I have been able to write frequently since then which means I've been blogging consistently for 1 year now! Quite an achievement considering a lot of the things I've been through during that time. That being said, like I think a lot of bloggers, when you look back at earlier posts there are things you want to change. Not the recipes or ramblings but more so (for me anyway!) photographs and lay-out.

Initially I had no photographs for most of my posts, now however I have come to realise how important photos are when it comes to blogging. It's hardly surprising (and I should have known better) considering most people choose cookbooks that are filled with glossy, delicious pictures enticing us to make the accompanying recipes! So while I fully admit I still need a lot more practice taking good photographs, I know that my recent ones are certainly a lot better than any earlier ones taken which makes me want to replace all the earlier ones which I am slowly trying to do.

The thing that bothers me most however, when looking at older posts is my lay-out (more so when I started blogging again last summer). Initially I liked the idea of posting quite a few recipes on one post, having it as more of a theme rather than just one recipe, however as my index of recipes slowly grows I realise how much easier it is to navigate with one recipe per post – not just for me, but more so for you, the reader. It is for that reason that I'm going to change some earlier posts to break them up a bit and give them there own deserved page! (It was even suggested to me at one point a year ago but yet it has taken me this long to finally decide to do it!) If I could I would break them up and keep them posted on their original date, but this doesn't seem to be possible (at least not that I can see!), so for the time being they will have to be re-posted as of the current date. I won't be doing them all as I don't want to be repeating too many recipes but I hope you see this as a positive change to my blog and view any repeated recipes as a reminder of what's hidden in past days and not me just being repetitive! Any suggestions are greatly appreciated as although it's now technically been 2 years I think of it as 1 and even then still consider myself a newbie blogger, learning something every day!

{Note: I think for the time being any posts that are a complete menu such as my BBQ with Friends, I'll keep as one post. It's more for posts with 3 or more recipes that have a similar thread but is just too much for one page! First up..... Spicy Red Pesto.} 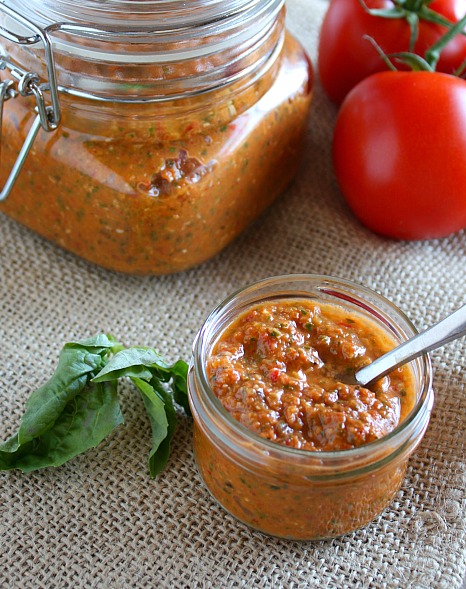 This pesto has all the fresh flavour of the classic basil pesto but is then transformed to a whole new level with the taste of peppers, tomatoes and chilli – delicious!

Cut the red pepper in half and remove the stalk and seeds. Roughly chop then add to the food processor with the basil, garlic, tomatoes, pine nuts, sun-dried tomatoes and the red chilli. Add a good pinch of salt and pepper, then puree until fairly smooth but still retaining some texture.

Drizzle in the oil and mix well then stir in the grated parmesan. Taste to check for seasoning then store in jars or freeze in ice cube trays.

*As with ordinary basil pesto this is absolutely delicious tossed through hot pasta, but it is also a great alternative to top pizza with rather than a tomato sauce or why not try my Chicken, Rocket & Spicy Red Pesto Burger for a fantastic lighter burger this Summer.
Posted by Lyndsey at 9:02 AM